Skip to main content
Other official information and services: www.belgium.be 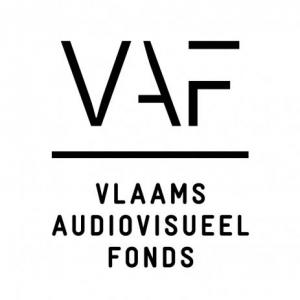 The VAF comprises the VAF/Film Fund, the VAF/Media Fund and the VAF/Game Fund. It also covers the Screen Flanders Fund and Film Commission.

The VAF/Film Fund receives an annual grant from the Flemish Government. In 2018, EUR 10.6 million of this grant goes to production support. Filmmakers can apply for support for fiction, documentary, animation, Filmlab (experimental) and InnovationLab (non-linear) projects. The four types of support are: script writing, development, production and promotion support (including distribution support).

The VAF/Media Fund was launched in 2011 to support the production of independent television series, co-financed by a Flemish broadcaster. The Media Fund supports three types of series: animation, documentary and fiction. It also finances cross-media productions linked to TV series and webseries. The total budget for production support of the Media Fund for 2018 is EUR 5 million. For foreign series, a minimum of 20% of the budget must be financed through a Flemish producer and the majority of the financing must already be in place. This means that a minimum of 50% of the total budget must already be financed, or support from a public film body must already have been granted.

The VAF/Game Fund was launched in 2012 to support the creation of games produced by Flanders-based game developers. The Game Fund supports serious games as well as entertainment games. The total budget available for support of the Game Fund for 2018 is EUR 1.3 million.

The VAF/Game Fund was launched in 2012 to support the creation of games produced by Flanders-based game developers. The Game Fund supports serious games as well as entertainment games. The total budget available for support of the Game Fund for 2015 is EUR 730,000.

For foreign producers interested in accessing VAF support, the best and easiest way is to first find a local co-producer.

Flanders Image is the audiovisual export agency in charge of the promotion of audiovisual works made in Flanders and Brussels abroad. It is the sole official representative of Flemish cinema at all the major international festivals as well as at all the key international markets.

Flanders Image supports audiovisual works and talent from Flanders and Brussels at the key film festivals around the globe, such as Rotterdam, Berlin, Cannes, Venice and Toronto. The agency's mission a.o. consists of increasing the visibility of these productions and talents, keeping curators and buyers informed, running market and festival booths, advising producers on festival and marketing strategies, etc. It joins forces with third parties to explore emerging markets and new and better ways of presenting audiovisual works.

To find out more about the VAF, see www.vaf.be/taal.en.

The Centre du Cinéma et de l’Audiovisuel (CCA) is a public body responsible for providing support in the creation and promotion of audiovisual works in the French-speaking Community (or "Wallonia-Brussels Federation"). The CCA's annual EUR 28.26 million budget includes a financial contribution from broadcasters and audiovisual services' distributors for local audiovisual production.

CCA offers selective support (financial grants and advances on receipts) on the basis of cultural criteria at various stages of a project: scriptwriting, development, production, completion, promotion and distribution. The commercial performance of a film is used to decide whether a producer will have automatic access to for reinvestment in future projects.

For foreign eligible projects, a minimum of 30% of the financing must be confirmed before submitting.

Twenty-two of the twenty-seven feature films completed in 2014 were co-produced with non-Belgian partners. These co-productions were undertaken within the framework of co-production agreements signed with a number of countries including Canada, China, France, Germany, Italy, Israel, Morocco, Tunisia and Switzerland. In order to diversify co-production partners, other agreements are currently being negotiated with the Netherlands, Chile, Brazil and Mexico.

For foreign producers interested in accessing CCA support, the best and easiest way to do so is to first find a local co-producer. 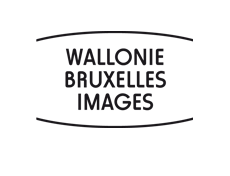 Wallonie-Bruxelles Images (WBImages) is the CCA division in charge of international promotion. It helps to boost international exposure for Belgium's French-language films by organizing and taking part in promotional events and providing a festival and market presence at different locations, such as Berlin, Rotterdam, MIP, Cannes and Toronto.

To find out more about the Fund, see www.audiovisuel.cfwb.be